Check out these 19 doomsday predictions that did not come to pass (17 in the past or present and 2 in the future):

By 1978: By the late 1970’s, Paul Ehrlich, author of The Population Bomb, predicted that there would be massive food shortages leading to the starvation of hundreds of millions of people.

The battle to feed all humanity is over. In the 1970s and 1980s, hundreds of millions of people will starve to death in spite of any crash programs embarked upon now. — Paul Ehrlich, The Population Bomb (1968)

By 1980, city-dwellers will need to wear gas masks to survive air pollution.

By 1985, air pollution will block 50% of the sunlight reaching Earth, resulting in global cooling and a coming Ice Age.

By 1989, the population explosion and resulting food shortages will result in mass starvation (The Great Die-Off) in which 4 billion people will perish.

By 2000: By the end of this century, climate change will reduce the human population to a few breeding pairs surviving near the Arctic. — James Lovelock, author, Healing Gaia

By 2000, global crude oil reserves will be gone.

By 2000, global temperatures will be 11 degrees cooler. We will be in a new Ice Age.

By 2000: The world as we know it will likely be ruined before the year 2000. — Environmental Fund letter

On January 1, 2000 (Y2K), computers will go haywire and plunge the civilized world into chaos.

By 2006: As the 21st century progresses, stronger Katrina-like hurricanes will occur more frequently.

In 2016, Hillary Clinton will win the popular vote by double digits and defeat Donald Trump in an Electoral College landslide.

By 2020: Signs at Glacier National Park had to be replaced after predicting that their glaciers would be gone by 2020.

By 2030: It’s only going to get worse as climate gets worse and more and more people are harmed. We have 11 years to avoid catastrophe. — Jane Fonda, actress, in 2019

By 2050, consistent with rapidly rising global temperatures, 15 U.S. cities will be under water. 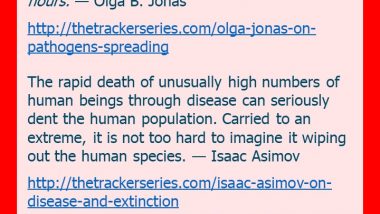