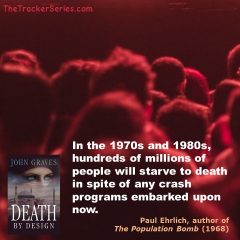 Paul Ehrlich: Hundreds of Millions of People Will Starve 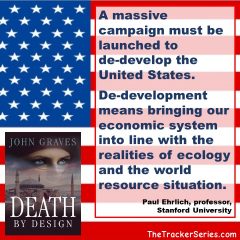 Paul Ehrlich: On the De-Development of the United States

A massive campaign must be launched to de-develop the United States. De-development means bringing our economic system into line with the realities of ecology and the world resource situation. — Paul Ehrlich, author of The Population Bomb Death by Design by John Graves is a revealing novel on how the elite work to de-develop our […]

Patricia MacCormack: On the Only Solution for Climate Change

Can You Save the World?